skip to main | skip to sidebar

In God's Hands - The Rochesters

This song was shared with me through facebook. Thank you Allison for introducing it to me!

Losing weight after losing a baby

Along with the numerous issues that come with losing a child, losing weight has been a struggle for me. I knew that I would have weight to lose after having Olivia, just like my first 2 pregnancies, but I had no idea the emotional toll the extra weight would be.

I have a degree in exercise, I love to exercise and I work in a gym. So what's the problem? I have been working on trying to figure that out the last 4 months. After giving birth to Makayla, most of the weight just fell off. I exercised up until the day before being induced. Then I became pregnant with Hannah when Makayla was just a couple of months old so the idea of getting back into shape was on the backburner. Then just 12 1/2 short months after having my first child, Hannah came along. That girl ate like a champ and I never even had to worry about my weight (until she quit breastfeeding :P) I did not breastfeed Makayla, I tried but did not succeed. I never knew that it would be the missing link for weight loss, I'm sure it helped that I was doing my internship and blasting out over 100 squats per day.

Before giving birth to Olivia, I thought I would hit the gym full force as quickly as possible. I would exercise morning, noon and night to shed any evidence that I had ever been pregnant. At least when you are carting around a newborn, anything short of a pregnant belly looks skinny, this time I had no visual excuse for my muffin top. The first two weeks after giving birth, I had lost just over 20 pounds......and I stopped there. I have maintained exercising regularly but the motivation for that extra push was hard to find. The exercise burn that I used to crave was gone. I did not want to hurt more, the hurt inside was so intense and I did not want to hurt on the outside too.

I was also angry that I could not breastfeed the weight away. I thought I would try to pump and donate milk, through that I would be doing something good for another baby and I would burn some extra calories. That became a chore, I pumped just enough to keep myself from becoming engorged and hoarded the milk. I thought "This milk should be for my baby and if she cannot have it, no baby can!" I know how selfish that seems but I think I can allow myself some selfishness through this. I did not pump enough anyway to send into a milkbank so that milk eventually went bye bye.

I finally have reached the point in the last few weeks where I am ready to bust my booty back in shape. I am not sure what the new motivation is but I am done having no confidence in my body. I do not mean the physical appearance. What I mean is, my body failed me, I was supposed to be able to carry a healthy child and that did not happen. I am extremely excited to see what I can achieve, I have lost weight and toned my body before, I know I can do it again.

If any of my fellow BLM's have felt the same way or struggled to lose the weight, let me know what worked for you (or what did not work!) I plan to update my blog with this new journey, this should be extra motivation since I would rather say I dropped a pant size instead of "I just tore up 4 cookies!"

1 Corintians 6: 19-20
19 Do you not know that your body is a temple of the Holy Spirit, who is in you, whom you have received from God? You are not your own; 20 you were bought at a price. Therefore honor God with your body.
Posted by CynthiaS at 10:22 AM 2 comments:

I have been wanting to type this post for over a week now but waited to make sure I would still feel the same way. Something changed in the last couple of weeks. I am no longer in that fog that surrounded me for so many months. I did not even fully realize how off I had been from myself. I am so thankful we are picture freaks because it helps me to remember how much fun we really had this summer.

I feel as if I have come to accept what happened to our lives, to our sweet little baby. It still hurts but I no longer think of it as what should have been. What should have happenen did happen. This is definitely not what I would have chosen for my life but God allowed this to happen and both Greg and I have grown beyond measure. When I begin to have my wishful thinking, I think of how it could have been with Olivia. I see sweet little baby girls that are about 5 months and my eyes linger a little longer. I do not want those babies, I want my baby but I enjoy seeing what stage she would have been at if she were still with us. My heart is longing for a baby but we will wait to see what God has in store for us. We have already learned that our timeline is much different from God's timeline.

Do not confuse this with me being "over it." I do not see how any parent could possibly fully get past burying their own child. I have had a peace through this whole process but it is as if the peace has moved me even further. As a parent, we want to raise children who make a difference in the world, children who change lives and impact people around them. Olivia's life outside of my womb was 58 minutes which may seem insignificant to some. In the short time she was with us she changed our world and our lives, she has made a difference to her parents, her life mattered. Aside from the obvious, what more could we ask for?

John 14:27 Peace I leave with you, my peace I give unto you: not as the world giveth, give I unto you. Let not your heart be troubled, neither let it be afraid.

I have shared this verse before and probably will 100 more times but I love it. It has ministered to me so many times, I have continuously spoken about the peace we have felt through this process. I truly believe that God provides peace beyond understanding, I could have never walked this path alone and I am so grateful for the promise that God will never leave us alone.
Posted by CynthiaS at 12:16 PM 5 comments: 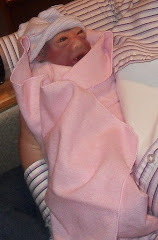 CynthiaS
I am a wife and mother of 4 girls. I love my family! 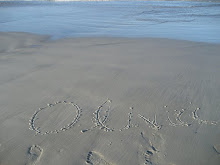